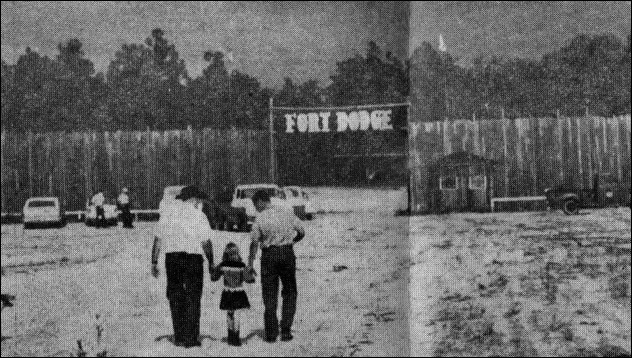 I’m a “roadside archaeologist.” My fascination with the American roadside began with an article in 1985 in the Washington Post about the decommissioning of Route 66. I’ve been “looking back” ever since.

In 2002 my wife and I moved just a few miles south of Weeki Wachee Spring, a Florida roadside attraction beckoning tourists since 1947.

After living in the area for a dozen years, I learned that there was another Florida tourist spot just up the road from Weeki Wachee - the “lost” roadside attraction of Fort Dodge.

Unfortunately, Fort Dodge was only open a couple years until a little thing called Interstate 75 took all his customers away.

I had dreams of locating the ruins of Old Fort Dodge - shells of old buildings being reclaimed by nature. But first, I had to find it. The information I had was sketchy at best - various sources reported that it was 4, 6 or 8 miles north of Weeki Wachee Spring.

To find the exact location of this lost Florida roadside attraction, I headed for the land office in Hernando County. There, I located deeds to property purchased by the Bolstein Family that soon became fort Fort Dodge.

Paul Bolstein and his wife purchased roughly 37 acres on US 19 approximately 8 miles north of Weeki Wachee. I was initially worried that would put the park on the grounds of the current Winding Waters / Weeki Wachee High School. 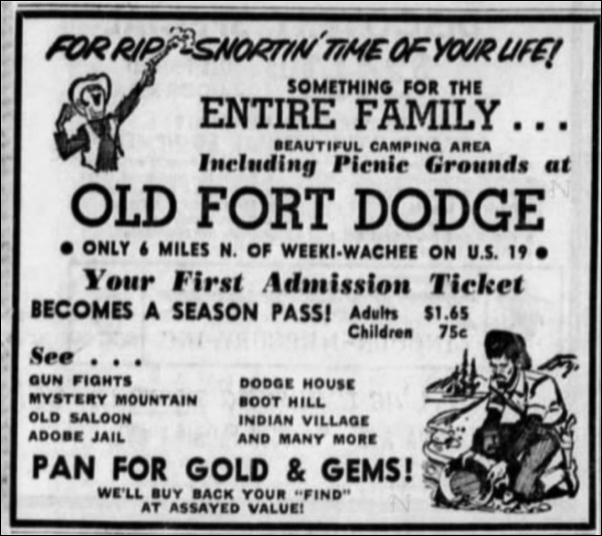 Documents indicated the Bolstein Family purchased three lots in an area known as HI-WAY FARMS, FIRST ADDITION. The dimension of each lot was indicated on the plat. I added up the total number of feet from the reference road (Atlanta Avenue), and converted the total number of feet into mileage. The portion of old Fort Dodge that fronted US 19 was between .87 and .99 miles north of Atlanta Avenue.

I left the land office, jumped in my car and headed to US 19. I hit the GPS at Atlanta Avenue. As I drove by Winding Waters Middle and Weeki Wachee High, the GPS began to climb - .25 miles - .50 miles - .87 miles….I cleared the school!

But - right next door sat Weeki Wachee North, a 55+ manufactured home community….exactly .87 to .99 miles north of Atlanta Avenue, where property records indicated was once the home of old Fort Dodge.

So, as far as my hopes of locating remnants of Fort Dodge appear to be dashed, but my hunt for information and memorabilia on this lost piece of Florida roadside continues.

If you would like to learn more, you You can read vintage newspaper articles below and view pictures of Old Fort Dodge.

If you can add anything to the story of Fort Dodge, please get in touch.